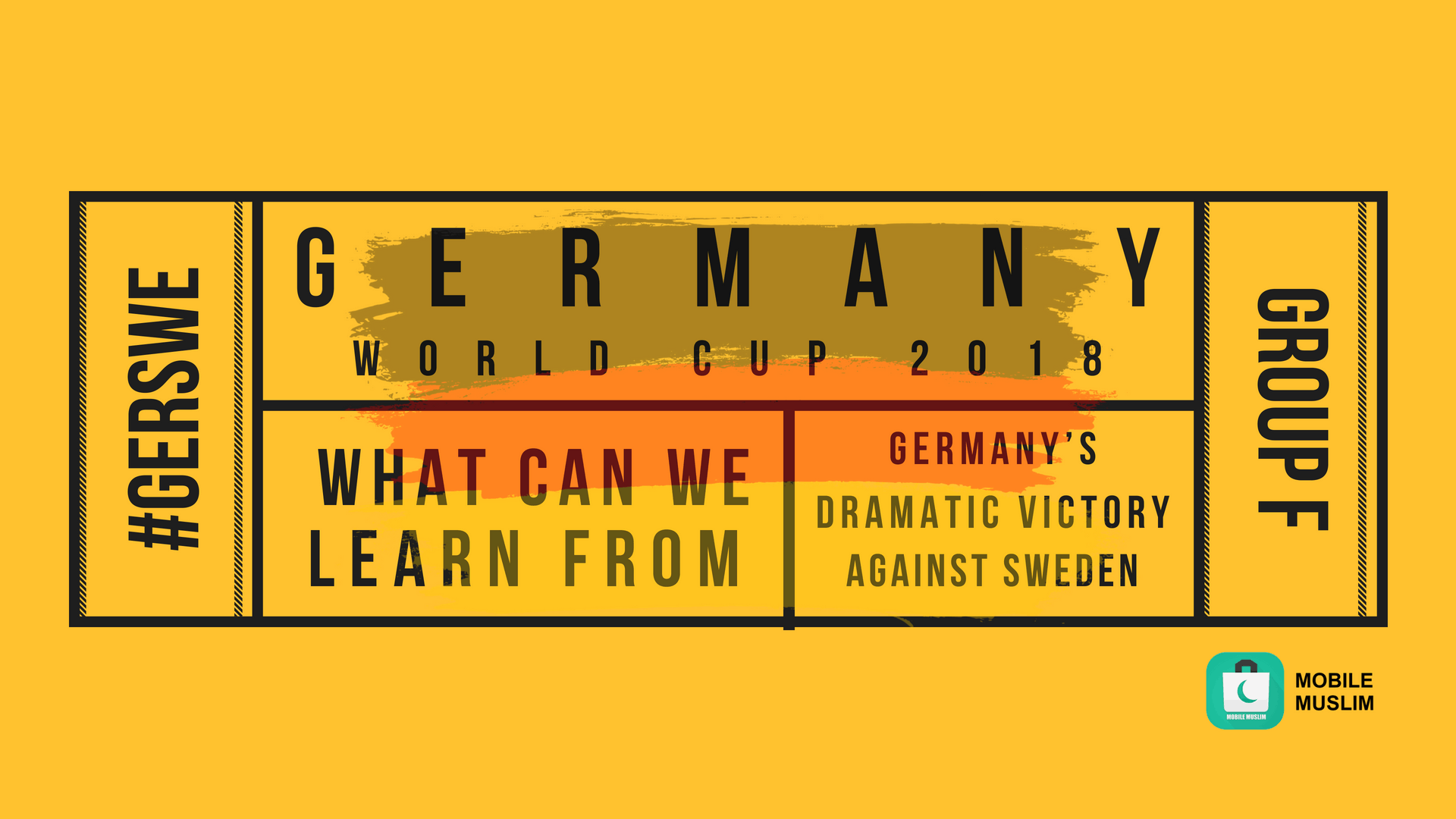 Fans were adamant that Germany World Cup 2018 campaign was doomed to fail after Germany first loss to Mexico seemed catastrophic for the country’s World Cup history.

Armed with full motivations and determinations from their previous defeat, Germany took their fighting spirit to the field with one thing in mind – to WIN the game and get 3 clear points against Sweden.

Though Germany played well in the beginning1, it was their mistake to give away2 the ball to Sweden, and the opponent took the opportunity3 to delightfully chip the ball over Germany goalkeeper and scored the first goal of the match.

Germany may be on brink of World Cup exit after the goal, but within a few minutes in the second half, they scored an equalizer4, and so the game is on again – though the defeat seemed inevitable earlier.

Not long after, Germany had their first red card since World Cup 2010 and they were down to 10 men5 against the other 11 Swedish players.

Even with 10 men playing, Germany managed to score an unbelievable crucial match-winning goal6 that saw fans erupted into loud cheers. Now that they are back in last 16-contention, everyone in group F can still be a Champion7 in this World Cup final 2018!

3) If You Don’t Grab The Opportunity, Other People Will

5) Don’t Stoop Too Low, Chin Up And Keep Fighting

7) Success Or Failure, You Are The Creator Of Your Own Story

The one thing crucial – when faced with trials and tribulations, do not look down and give up, instead look up, have faith and keep fighting. You ever know what awaits you on the other side of the door.

As the commentator said, “When they are down, when they are tested, they find a way to win!” – Germany World Cup 2018

So, never give up. Ever.

Also Read: This Hipster Café In Cyberjaya Is ‘Harvesting’ The Food They Are Serving

Mobile Muslim is a marketplace specifically for Muslim sellers and Muslim buyers.

We put in effort to connect Muslim sellers and Muslim buyers to make the convenient ‘Halal World’ around their fingertips.

We offer sellers a platform for them to make listing of their products, services, events and even fashions to reach their target audience.

We offer buyers a platform for them to search and find Halal product or services such as Muslim tours, Muslim homestay abroad as well as cheap Muslim wedding planner businesses.

Mobile Muslim is available on Google Play for Android users.

For Apple users, we are available on WWW.MOBILEMUSLIM.COM